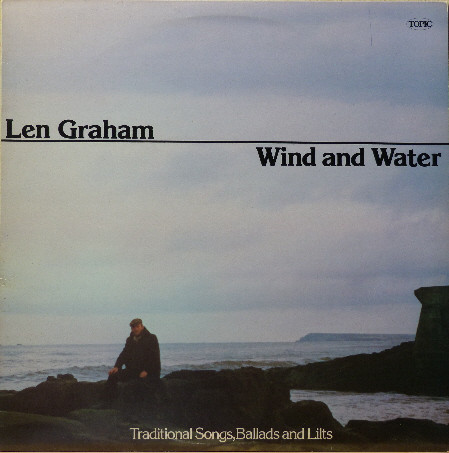 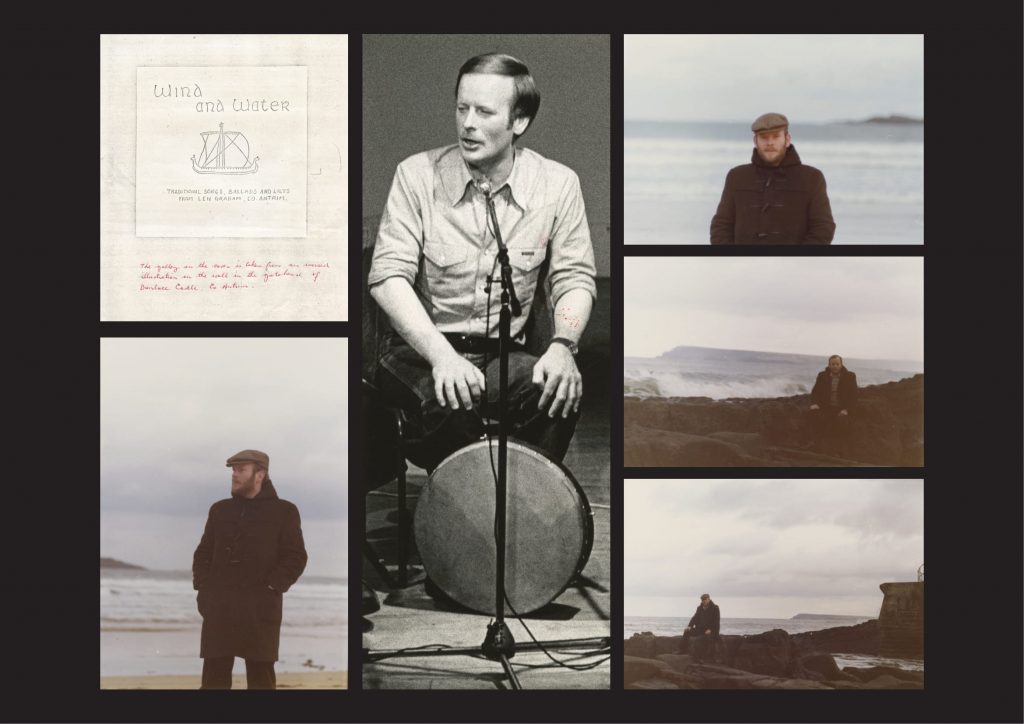 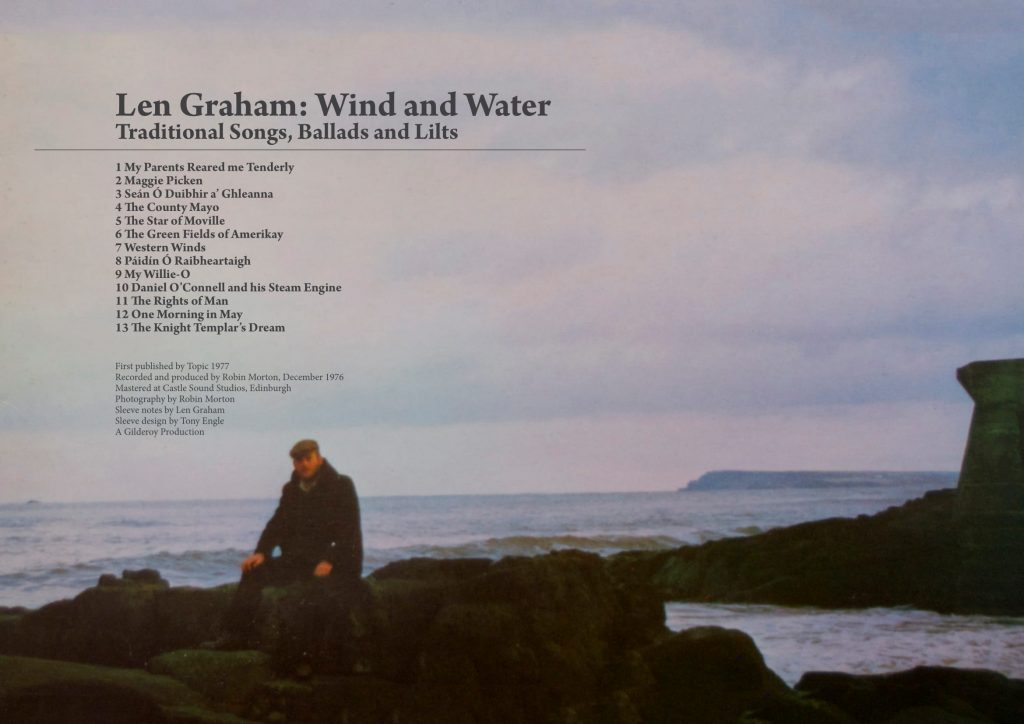 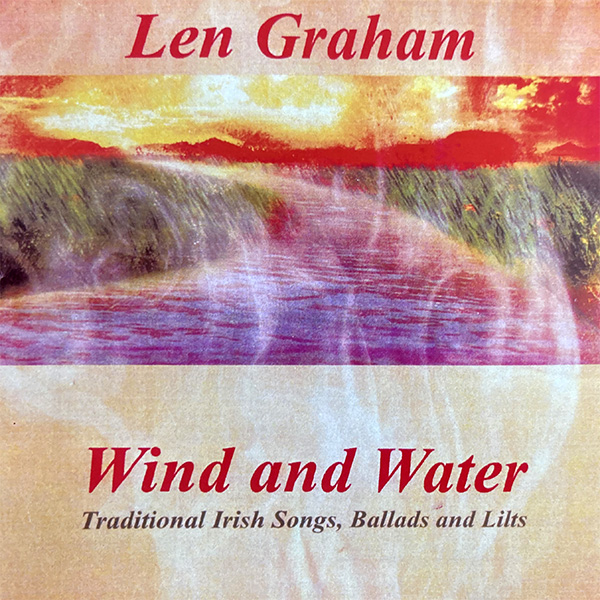 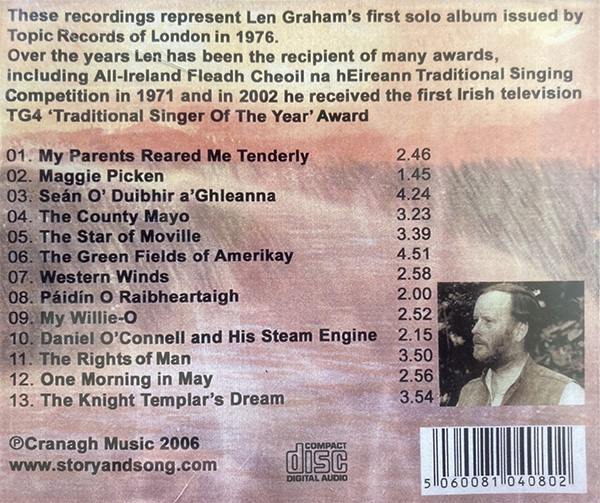 These recordings represent Len Graham’s first solo album issued by Topic Records of London in 1976. Over the years Len has been the recipient of many awards, including the All-Ireland Fleadh Cheoil na Éireann Traditional Singing Competition in 1971 and in 2002 he received the first Irish television TG4 Traditional Singer of the Year Award.

“This is not a record of sea songs and shanties, so you may wonder why ‘Wind and Water’ for its title? It was wind and water that brought our ancestors to these shores, be they Celts, Norsemen, Normans or planters. It was also wind and water that propelled the missionaries, the ‘Wild Geese’ and the emigrants to foreign parts. These various comings and goings have left their mark on the traditional songs of Ireland and, in particular, Ulster where forever history seems to stare one in the face. I hope the choice of songs on this record will in some way illustrate and reflect some of these influences.”
— Len Graham