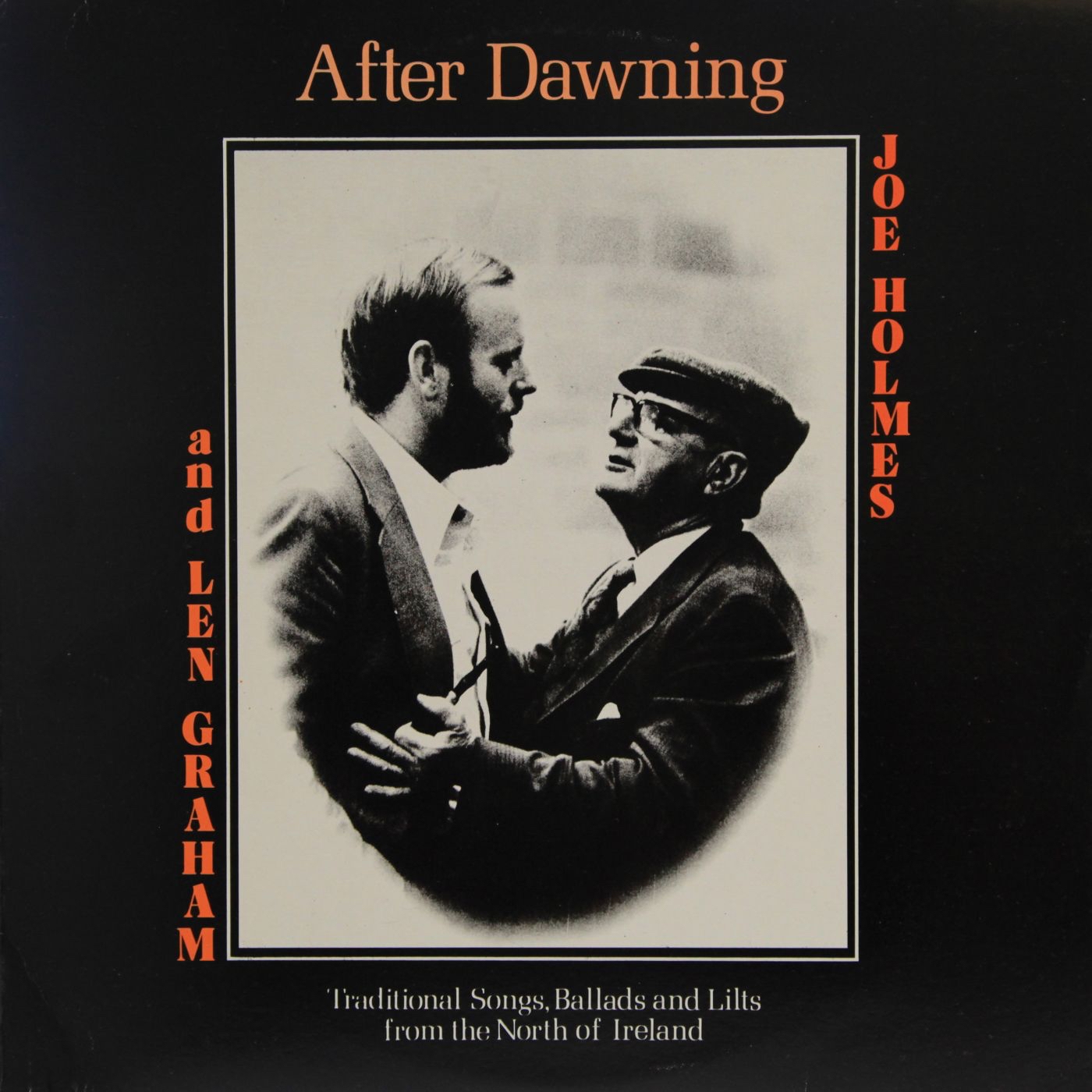 From the sleeve notes by Robin Morton: I little thought when I made these recordings in late December 1977 that two weeks later to the day I would receive the sad news of the passing of Joe Holmes. I did not know Joe very well – of course I knew of him and had met him once or twice. However, during that day of recording we became friends and I looked forward to other times we might spend in each other's company. That was not to be, and it can only be small consolation that both Joe and Len were in good form for the session and that Joe was especially happy with that we had recorded. We hope this record will serve as something of a memorial to the man.

These two Co. Antrim singers had between them a friendship based on respect, both for each other and the vital tradition they shared. Forty years separated them in age but these years were no barrier when they sang together. Both fine singers in their own right, when they performed together each seemed to expand. They shared so much and, at the same time, brought so much individually to the partnership that it could be hardly any other way.

Joe and Len shared platforms throughout the length of Ireland and this is their second record together.

The title for this record was taken from one of the songs, 'The Sweet Bann Water'. This was decided at the time of recording but, in the light of subsequent events, the verse takes on an unwished-for poignancy: 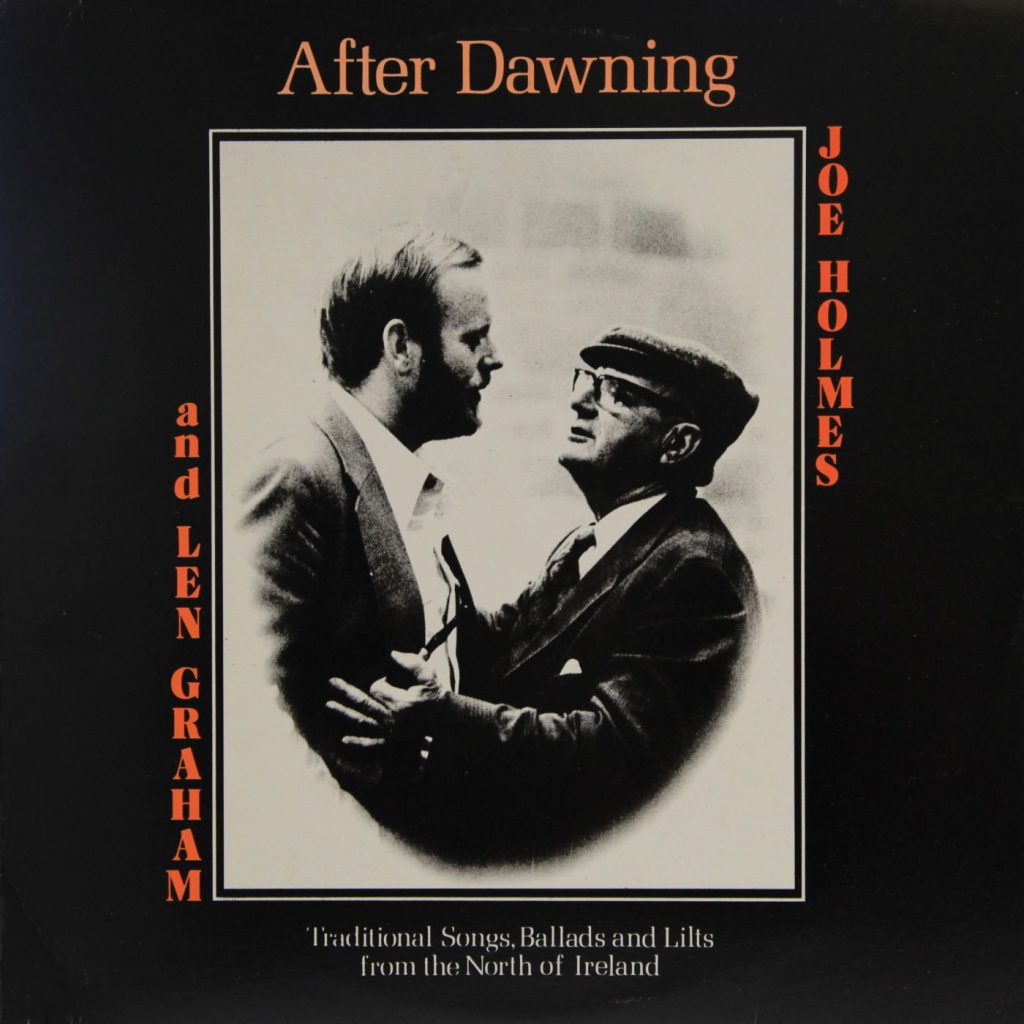 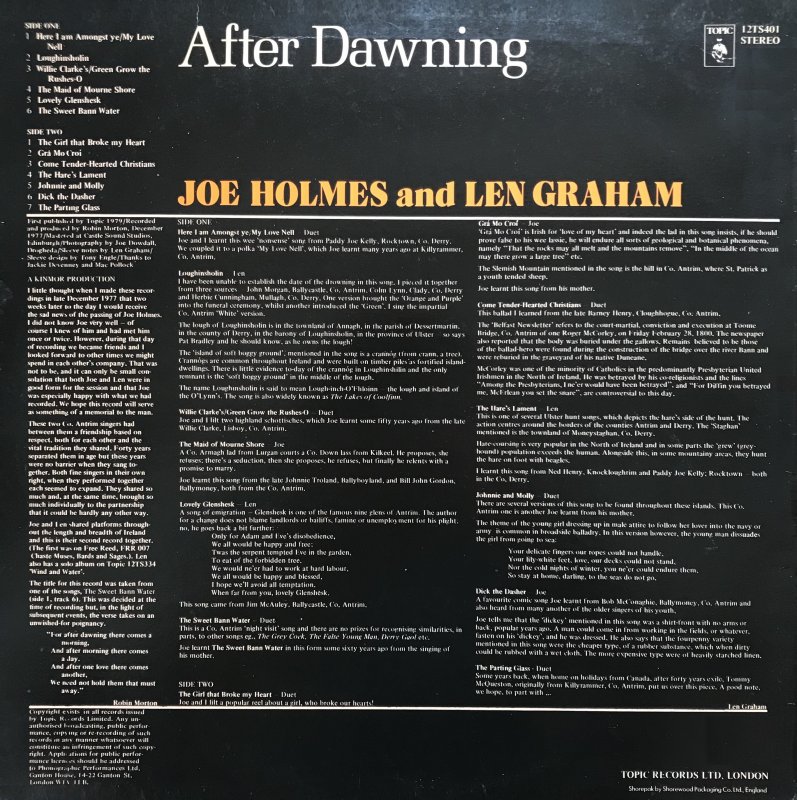